The Villains We Want to See In Spider-Man: Miles Morales

Marvel’s Spider-Man gives us an intimate look at the evolving relationships in Peter Parker’s life. A bright spotlight illuminates the love and loss he experiences with Mary Jane, as well as the respect he has for his mentor Otto Octavius. The spotlight slowly moves to other people in his life, like Aunt May and the work she does for Martin Li. What we learn from these relationships is people can change and perhaps lose their way if no one is there to catch them. Monsters are born.

Li, a philanthropist that operates homeless shelters, transforms into Mister Negative, the leader of the murderous Inner Demons. Octavius’ mind descends into his technology, leading to the growth of the four metal arms of Doctor Octopus. The game told their story, but also hid them from view at key times to let their transformations fester and grow.

When these monsters were being developed offscreen, other villains were introduced, and Insomniac Games didn’t hold back from throwing them at Spider-Man. Along with the Sinister Six, he took on Kingpin, Taskmaster, Tombstone, Shocker, and more. Marvel’s Spider-Man succeeded with its story, delivered lights-out superhero action, and put on a hell of a show with its villains.

For this year’s PlayStation 5 sequel, Spider-Man: Miles Morales, I can only assume Insomniac will follow the same script of highlighting both the costumed hero and the person behind the mask, as well as plenty of villains.

We already spent meaningful time with Morales in the first game, and even experienced a traumatic moment with him. We also know he has a gift similar to Parker’s. I’m hoping Insomniac picks up right where they that narrative thread left off, and we are along for the ride as Morales becomes the next great Spider-Man.

Since the game universe is different than Marvel’s numerous comic book continuities, as well as Sony’s beloved Into the Spider-Verse film, this story could go anywhere and involve anyone as allies and enemies.

The 90-second teaser trailer that Insomniac released doesn’t give us a good look at a villain or any other character other than Morales, but does prominently display one color, and that color is purple, which leads to…

PROWLER
This is the villain and emotional link I assume most fans are expecting to see in a Miles Morales game. It’s a safe bet, but perhaps too safe of one for Insomniac’s new Spider-Man universe. For the sake of spoilers I won’t go into Prowler’s ties to Morales, but if Insomniac did revisit that story, I can only assume it won’t unfold in the same way. I wouldn’t mind seeing how it is handled, but also could see Prowler be introduced in this game, and have his big story beats unfold in a sequel. Insomniac could also draw inspiration from another Spider-Man comic story and use Prowler for the formation of a new Sinister Six. If Insomniac takes cues from other comics, it could be the Sinister Seven, which, as cheesy as it sounds, is perfect for a sequel. This story angle would also echo Parker’s from the first game to a degree. If that’s the route taken, I’d expect tech-enhanced versions of Bombshell, The Spot, Electro (yes, again), and Hobgoblin. That would also probably mean… 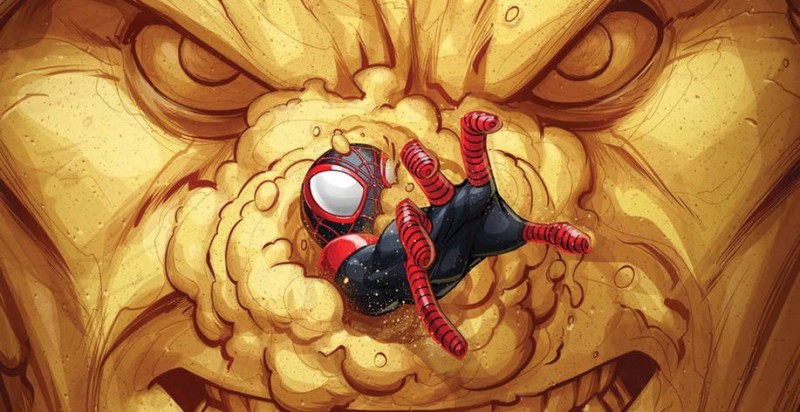 SANDMAN
The master of sand would make perfect sense for a Miles Morales game whether it dove into a new Sinister Seven or not. He’s one of Spider-Man’s better known villains, yet hasn’t appeared in Insomniac’s universe yet. Given how Sandman can take on many shapes and sizes, I’d love to see what kind of craziness Insomniac brings to this encounter – I’m guessing they would go big with cinematic shots of Miles zipping in and out of sandstorms. 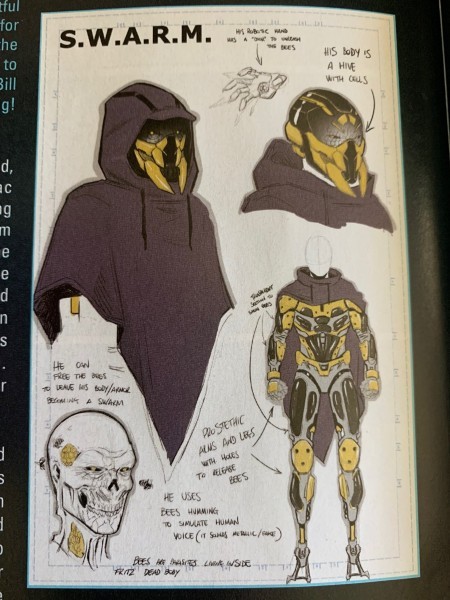 S.W.A.R.M.
The image above is what S.W.A.R.M. looks like in Insomniac’s Spider-Man universe. This isn’t a cut character from the first game, and is instead a design that was used for the comic book adaptation. Interestingly, the issue S.W.A.R.M. appears in gives us a closer look at Morales’ life. Parker ends up battling this wild foe, but why not bring S.W.A.R.M. out of the comic pages and into the game? The suit technology could also line up with a potential Roxxon Energy Corporation story, which I think we’ll see. Roxxon was featured prominently in Brian Michael Bendis’ long run on Miles Morales comic books. Roxxon also has beef with Oscorp, which we know will be mentioned or featured, and certainly used again in another Peter Parker story. 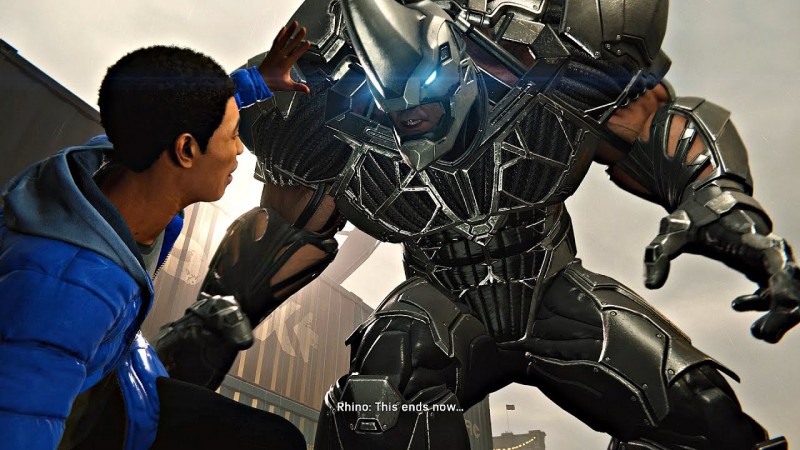 RHINO
This rematch has to happen, right? In Marvel’s Spider-Man, Morales engaged Rhino in a stealth sequence. I’d love to see them exchange blows now that Morales is wearing the Spider-Man suit. Although, if Rhino is loose, that means other villains from the first game may be too. I hope we don’t see too many villains rehashed, and if there is just one or two, Rhino is featured. 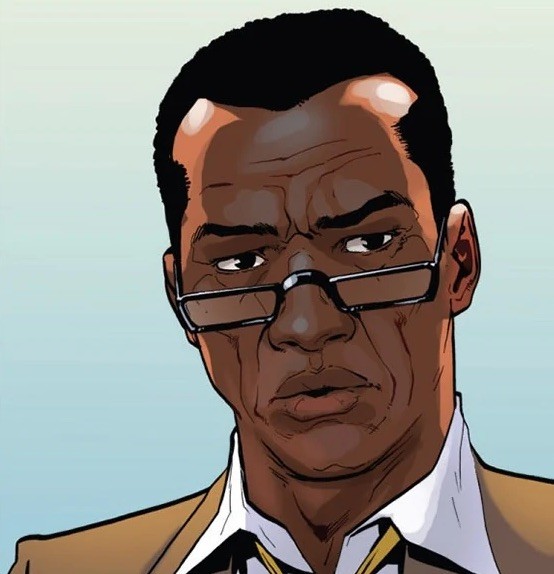 CONRAD MARCUS
If Roxxon is in fact in play, Conrad Marcus would be a great viewpoint into the organization’s biochemical research. I could see Marcus potentially playing the role of ally in this game, and then, if Morales is a part of the next Spider-Man game, turning into a villain. In the comic books, Marcus became the host of the Venom Symbiote after Eddie Brock. If Venom is in the next entry, he doesn’t have to be tied to just Brock. I could see him starting with Harry Osborn or Marcus. 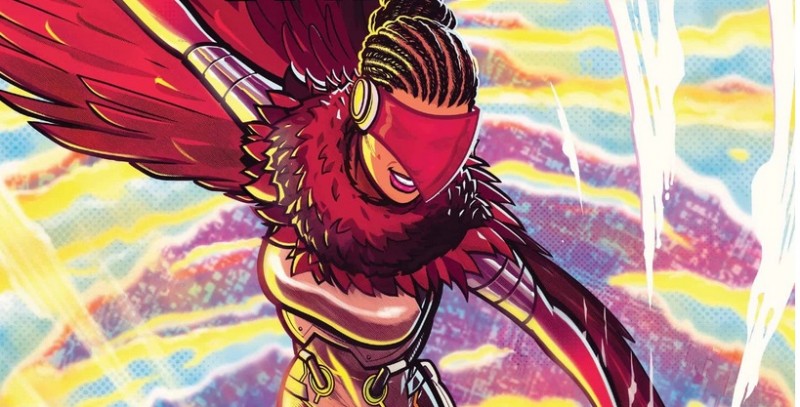 STARLING
The winged Starling is one of the most recent characters introduced in the Miles Morales comic books, dating back to just 2019, and she has a hell of a start, making readers wonder if she was a hero or villain. I could see her walking that line in an interesting way in the game as well. 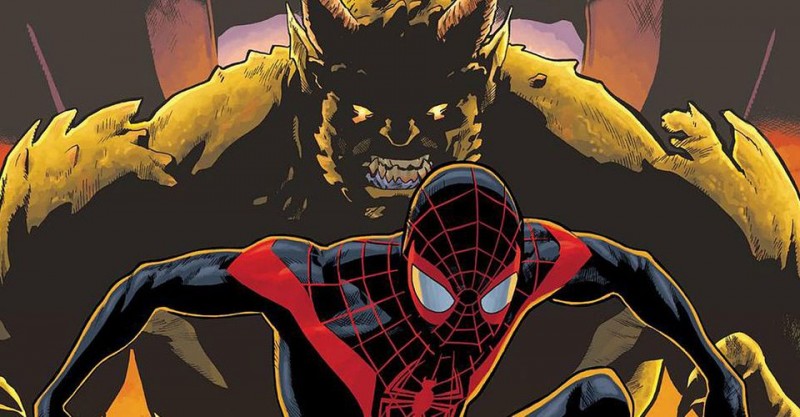 GREEN GOBLIN
This is a long shot, but it would be awesome to see Morales’ story pick up the Norman Osborn thread from the end of Marvel’s Spider-Man. Green Goblin is a huge part of the current Miles Morales comic, which also links in Prowler. Odds are Osborn will be a key player in Parker’s next story, but who not start it here?

Answers To Our Biggest Deathloop Questions

Super Mega Baseball 3 Review – Its Own Brand Of…